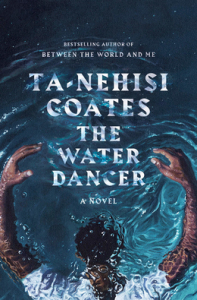 We meet on the second Wednesday of the month via Zoom.
Email Lori Barnes at lbarnes@vailgov.com for an invitation to the monthly Books ‘n’ Bites.

Hiram Walker was born into slavery during the Antebellum South on a declining tobacco plantation in Virginia named Lockless. He is the mixed-race son of a white plantation owner and a black mother who was sold away by his father when Hiram was young. The local community consists of the enslaved (“the Tasked”); the landowners (“the Quality”); and the low-class whites. Hiram has an extraordinary photographic memory but is unable to remember his mother. However, in one instance when Hiram is driving across a bridge he suddenly has a vision of his mother dancing. When the vision ends, his carriage has fallen into the water. His (white) half-brother drowns, but Hiram is transported out of the water. He learns that his miracle survival was a result of a superhuman ability he has called conduction, which transports himself and others across impossible distances. This conduction is triggered by powerful memories: those of his mother. He eventually becomes involved with the Underground Railroad. Hiram escapes to Philadelphia, where he encounters Box Brown and Jarm Logue. He eventually comes to meet a famous member of the Underground named Moses, who also has the power of Conduction. Moses is later revealed to be Harriet Tubman.

More about Books 'n Bites - “The Water Dancer: a novel” by Ta-Nehisi Coates