We’re #Stillhere with Virtual Events
In response to the COVID-19 virus and public health concerns, Vail Public Library is suspending all in-person gatherings
Please explore the calendar for all of our virtual programs!
Thank you for your understanding. 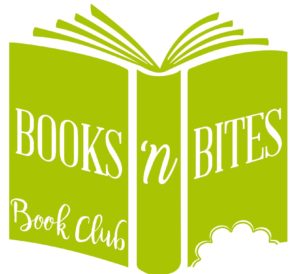 We meet on the second Wednesday of the month via Zoom, contact Lori Barnes at lbarnes@vailgov.com for an invitation to the monthly Books ‘n’ Bites. 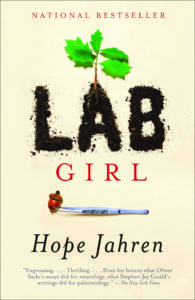 Join us! for this month’s Virtual Book Club via Zoom which will discuss this year’s NEA Big Read – One Book One Valley selected title “Lab Girl” by Hope Jahren.
Jahren has built three laboratories in which she’s studied trees, flowers, seeds, and soil. She tells about her childhood in rural Minnesota with an uncompromising mother and a father who encouraged hours of play in his classroom’s labs; about how she found a sanctuary in science, and the disappointments, triumphs and exhilarating discoveries of scientific work. Yet at the core of this book is the story of a relationship Jahren forged with Bill, who becomes her lab partner and best friend. Their sometimes rogue adventures in science take them over the Atlantic to the ever-light skies of the North Pole and to tropical Hawaii, where she and her lab currently make their home. 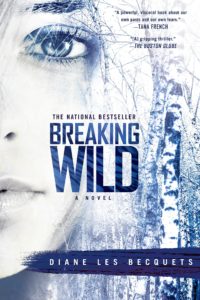 It is the last weekend of the season for Amy Raye Latour to getaway. Driven to spend days alone in the wilderness, Amy Raye, mother of two, is compelled by the quiet and the rush of nature. But this time, her venture into a remote area presents a different set of dangers than Amy Raye has planned for and she finds herself on the verge of the precarious edge that she’s flirted with her entire life. When Amy Raye doesn’t return to camp, ranger Pru Hathaway and her dog respond to the missing person’s call. After an unexpected snowfall and few leads, the operation turns into a search and recovery. Pru, though, is not resigned to that. The more she learns about the woman for whom she is searching, and about Amy Raye’s past, the more she suspects that Amy Raye might yet be alive. Pru’s own search becomes an obsession for a woman whose life is just as mysterious as the clues she has left behind. As the novel follows Amy Raye and Pru in alternating threads, Breaking Wild assumes the white-knuckled pace of a thriller laying bare Amy Raye’s ultimate reckoning with the secrets of her life, and Pru’s dogged pursuit of the woman who, against all odds, she believes she can find. 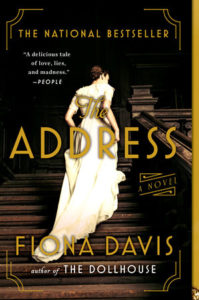 After a failed apprenticeship, working her way up to head housekeeper of a posh London hotel is more than Sara Smythe ever thought she’d make of herself. But when a chance encounter with Theodore Camden, one of the architects of the grand New York apartment house The Dakota, leads to a job offer, her world is suddenly awash in possibility–no mean feat for a servant in 1884. In 1985, Bailey Camden is desperate for new opportunities. Two generations ago, Bailey’s grandfather was the ward of famed architect Theodore Camden. But the absence of a genetic connection means Bailey won’t see a dime of the Camden family’s substantial estate. Instead, her “cousin” Melinda–Camden’s biological great-granddaughter–will inherit almost everything. So when Melinda offers to let Bailey oversee the renovation of her lavish Dakota apartment, Bailey jumps at the chance, despite her dislike of Melinda’s vision. The renovation will take away all the character and history of the apartment Theodore Camden himself lived and died in, after suffering multiple stab wounds by a madwoman named Sara Smythe. One hundred years apart, Sara and Bailey are both tempted by and struggle against the golden excess of their respective ages–for Sara, the opulence of a world ruled by the Astors and Vanderbilts; for Bailey, the free-flowing drinks and cocaine in the nightclubs of New York City–and take refuge and solace in the Upper West Side’s gilded fortress. But a building with a history as rich–and often tragic–as The Dakota’s can’t hold its secrets forever, and what Bailey discovers in its basement could turn everything she thought she knew about Theodore Camden–and the woman who killed him–on its head. 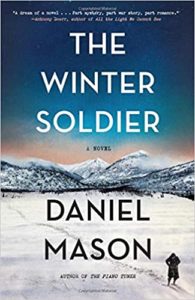 “Vienna, 1914. Lucius is a twenty-two-year-old medical student when World War I explodes across Europe. Enraptured by romantic tales of battlefield surgery, he enlists, expecting a position at a well-organized field hospital. But when he arrives–at a commandeered church tucked away high in a remote valley of the Carpathian Mountains–he discovers a freezing outpost ravaged by typhus. The other doctors have fled, and only a single mysterious nurse named Sister Margarete remains. But Lucius has never lifted a surgeon’s scalpel. And as the war rages across the winter landscape, he finds himself falling in love with the woman from whom he must learn a brutal makeshift medicine. Then one day, an unconscious soldier is brought in from the snow, his uniform stuffed with strange drawings. He seems beyond rescue, until Lucius makes a fateful decision that will change the lives of doctor, patient, and nurse forever”–Provided by publisher. 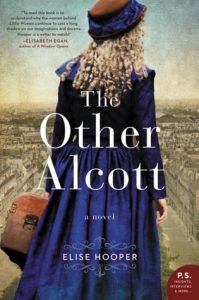 Elise Hooper’s debut novel conjures the fascinating, untold story of May Alcott—Louisa’s youngest sister and an artist in her own right.
We all know the story of the March sisters, heroines of Louisa May Alcott’s Little Women. But while everyone cheers on Jo March, based on Louisa herself, Amy March is often the least favorite sister. Now, it’s time to learn the truth about the real “Amy”, Louisa’s sister, May.
Stylish, outgoing, creative, May Alcott grows up longing to experience the wide world beyond Concord, Massachusetts. While her sister Louisa crafts stories, May herself is a talented and dedicated artist, taking lessons in Boston, turning down a marriage proposal from a well-off suitor, and facing scorn for entering what is very much a man’s profession.
Life for the Alcott family has never been easy, so when Louisa’s Little Women is published, its success eases the financial burdens they’d faced for so many years. Everyone agrees the novel is charming, but May is struck to the core by the portrayal of selfish, spoiled “Amy March.” Is this what her beloved sister really thinks of her?
So May embarks on a quest to discover her own true identity, as an artist and a woman. From Boston to Rome, London, and Paris, this brave, talented, and determined woman forges an amazing life of her own, making her so much more than merely The Other Alcott. 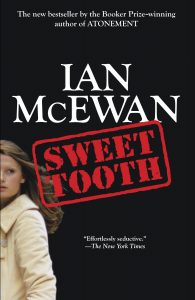 Britain, 1972. The cultural cold war continues, and the country is being torn apart by industrial unrest and terrorism. Serena Frome, the beautiful daughter of an Anglican bishop, finds herself being groomed for the intelligence services in her final year as a student at Cambridge. Recruited into MI5 against a backdrop of the Cold War, Serena, a compulsive reader, is assigned to infiltrate the literary circle of a promising young writer whose politics align with those of the government. This ‘secret mission’ brings her into the literary world of writer Tom Haley. First, she loves his stories, then she begins to love the man. Can she maintain the fiction of her undercover life?